Several major transport projects that have been completed will ease traffic overload on many of the Mekong Delta’s roads and bridges during the Lunar New Year.

The Rach Mieu Ferry Station is all set to be completed. Situated 10 kilometers (6.21 miles) from the Rach Mieu Bridge over the Tien River, a branch of the Mekong, between Tien Giang and Ben Tre provinces, it will share the traffic burden with it.

For the new station, the two provinces will use ferries from another station in Ben Tre, and allow motorbikes free passage though cars and other large vehicles have to pay VND20,000-140,000 ($6), equivalent to the toll they have to pay when using the Rach Mieu Bridge. 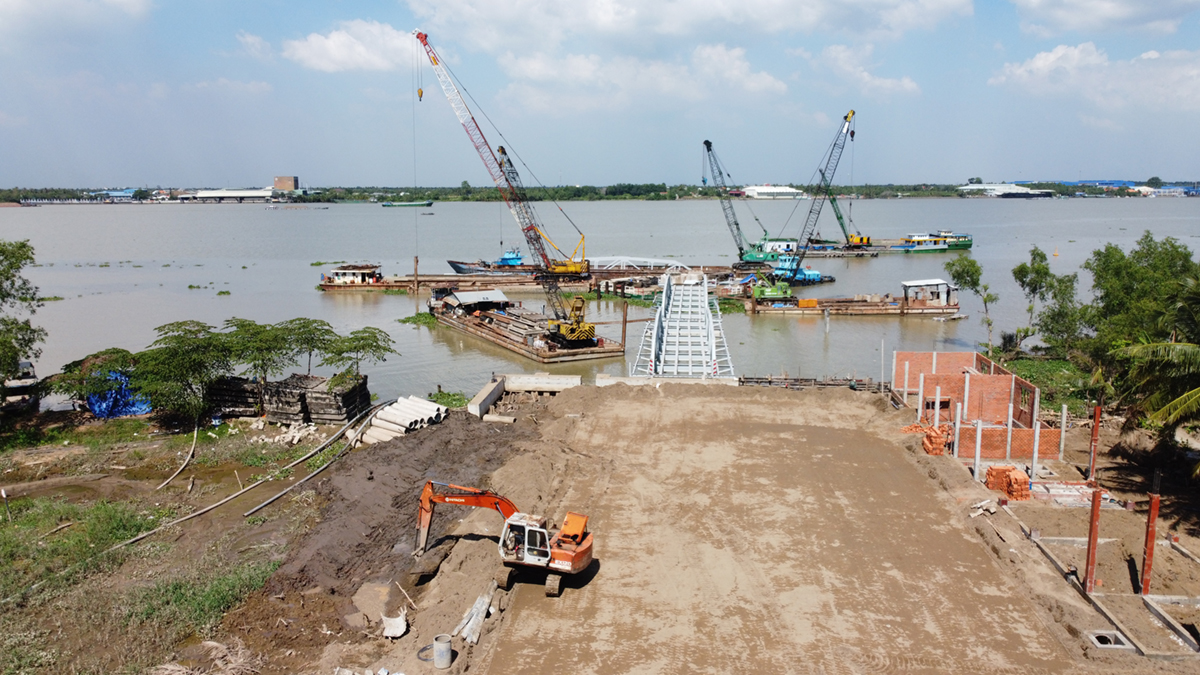 However, it is a temporary solution to cope with the chronic traffic jams while waiting for the Rach Mieu Bridge No.2 to be completed in the next five years. Work on the bridge four kilometers from the existing one will start this year.

On normal days around 18,000 cars use the bridge, and the figure usually jumps to 20,000 during weekends and holidays, three times its designed capacity. During the Lunar New Year, or Tet, the overload is much greater.

Tet is by far the biggest holiday in Vietnam, and this year it falls in the second and third weeks of February.

During the festival people flock home to their families, which causes traffic jams all over the country. But the Mekong Delta arguably faces the worst gridlock because of the sheer number of people who have left to work in Ho Chi Minh City and its neighboring industrial provinces of Binh Duong and Dong Nai and return home only for Tet.

The ferry station will begin operating on January 27.

The extension of what is now the only expressway between HCMC and the Mekong Delta is basically complete following 12 years of construction. The extended section, the Trung Luong – My Thuan Expressway, links with the HCMC – Trung Luong Expressway, which has been in use since 2010. 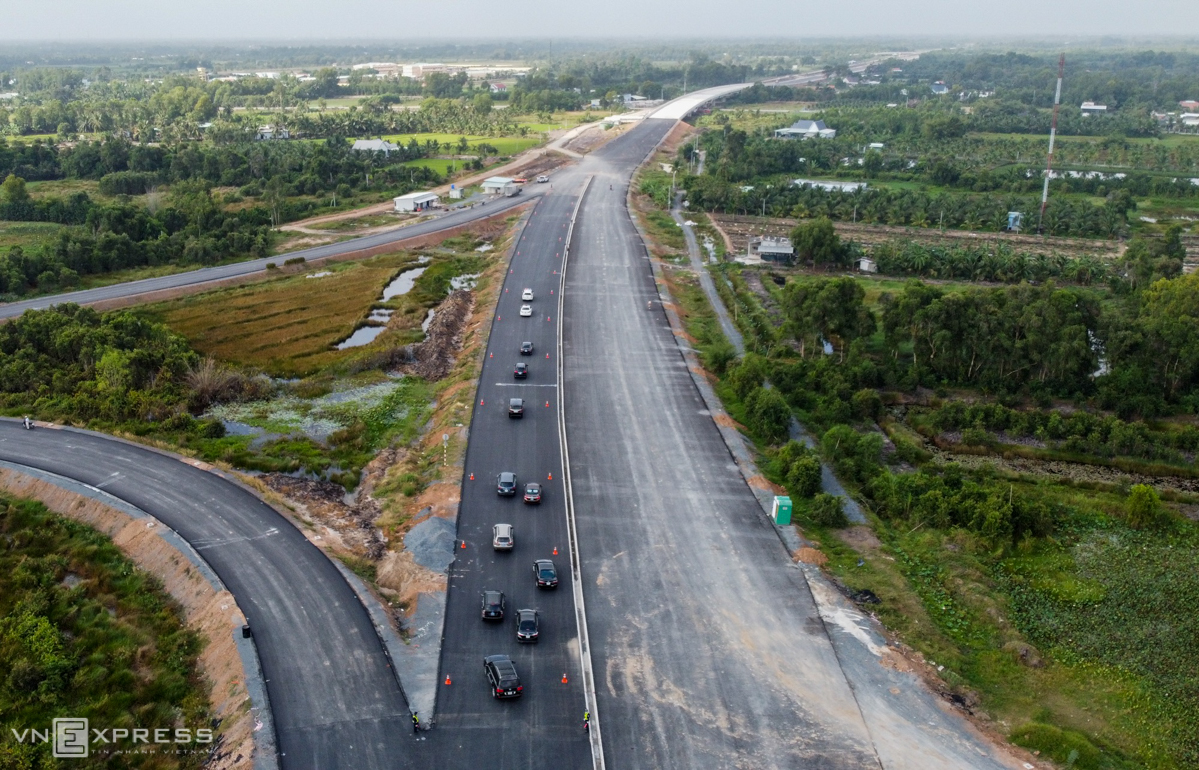 The 51-km (32 miles) extension passing through five districts in Tien Giang Province will open to cars and vans with fewer than 16 seats and trucks weighing less than 2.5 tons for five days each before and after Tet. It will then close for the completion of the remaining work.

In the delta, the Lo Te – Rach Soi Expressway has been completed and opened to traffic on Tuesday. It runs 51 km (31 miles) between Can Tho City in the heart of the delta with Chau Thanh District in Kien Giang.

In future it will be linked with National Highway N2 to create a direct route from Binh Phuoc Province through Binh Duong and Ho Chi Minh City to Can Tho and An Giang, Kien Giang and Ca Mau provinces in the delta.

Each 40-50 meters long and spanning branches of the Mekong in Tien Giang Province, they have been widened from 12.5 meters to 20.5 meters as part of a VND200 billion project by the Ministry of Transport.

Tran Van Bon, director of Tien Giang Province Department of Transport, said the widening of the four bridges would have a crucial role in clearing the bottlenecks that have persisted for decades along National Highway 1A every time there is a holiday or Tet.

Several major transport projects that have been completed will ease traffic overload on many of the Mekong Delta’s roads and bridges during the Lunar New Year.