Lawmakers have approved the use of public funds to build two more sections of the North-South Expressway that have failed to interest bidders.

The 43-kilometer National Road 45 – Nghi Son section in Thanh Hoa Province and the 50-kilometer Nghi Son – Dien Chau section between Thanh Hoa and Nghe An Province, both in the central region, are urgent projects though no one has tendered for them, the Standing Committee of the National Assembly decided on Monday.

Months after the tendering process began, the former project received only one bid, from an unqualified party, while the latter got none.

The two sections have the second and third highest number of users out of the eight sections originally planned to be privately funded, and the whole eastern cluster of the North-South Expressway (comprising 11 sections) has already delayed the schedule, lawmakers said.

Most of 11 sections are set to be completed by next year, meaning if the two remaining sections are not started soon they would slow down the entire expressway work, Vu Hong Thanh, head of the House’s Economic Committee, said.

Lawmakers said the government needs to ensure that the two sections are finished by 2023. 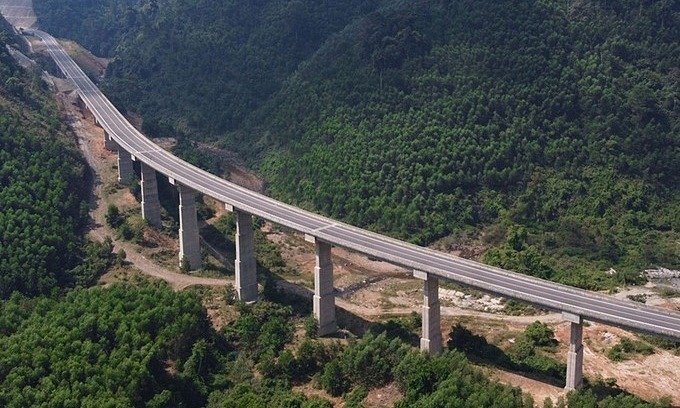 (A section of the La Son-Tuy Loan Expressway connecting Thua Thien Hue Province with Da Nang City which will be linked with the North-South Expressway. Photo by VnExpress/Vo Thanh)

With the two additions, the total number of publicly funded sections in the eastern cluster rises to eight as against three when the highway was approved in 2017.

As has been reported earlier, private firms have found it difficult to access bank credit for such projects, given the risks involved.

The Ministry of Transport has warned the developers of three privately funded sections that they have to mobilize funds from banks within six months or lose the contract.

The eastern cluster covers 2,100 kilometers from the northern mountain province of Lang Son on the China border to the southernmost province of Ca Mau.

Once completed, it will be the main traffic artery connecting the ends of the country.

The foreign exchange rate on November 26, moving in the direction of the dollar on international markets, returned to the familiar decline when the results of the US election became clearer.